Chased By A Virtual Tiger

Two guys popped up and gave me a fruit salad to feed to the tiger and distract him. I figured the tiger was gone so I took a bite of the fruit salad and I didn’t like how it tasted so I spit it out and then I spilled it on the carpet.  I felt upset that I spilled it. How can I protect myself and feed the tiger now?  The dream ended. 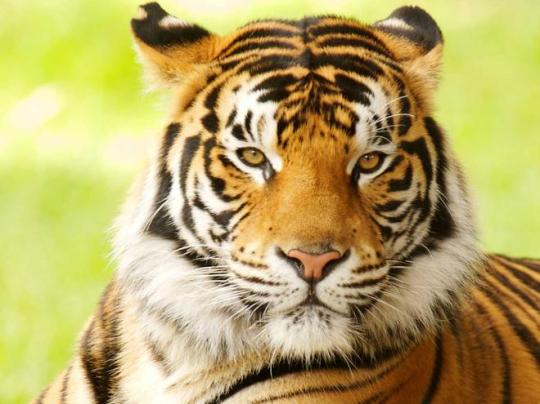 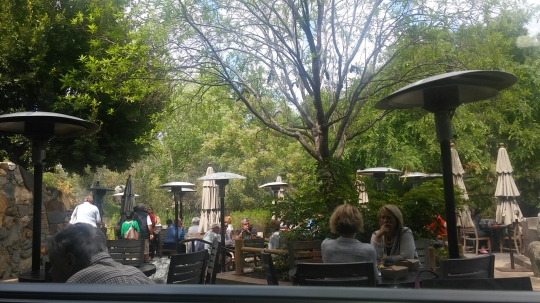 I had a day off on Tuesday  so we went to world famous Stone Brewery in Escondido, CA which is located at Citracado Parkway, a beautiful citrusy avocado street name.  It’s a very unique place where they not only brew many different kinds of beer, but have a Stone Brewery Restaurant, and a beautiful place to walk where you can see many synthetic natural scenes like the ones shown below. It’s kind of like Busch Gardens here in San Diego or a beer Disneyland.   It’s a tad on the odd side though because everywhere you look you see their company symbol of the devil.  I asked one of the waiters if the place was cursed. He said “No, but the symbol is there to put a curse on their competitor’s bad beer.  I tried a dark beer sampler, and it was really geither, except for the icky mint curry on the side and most of the food was organic. The apple cheese platter was amazing! I’ve never had a tastier apple, probably because it was organic too.   The prices were kind of high though.

Actually, the devil like symbol may not be evil after all. Perhaps the owners of this billion dollar facility were pagans.   It seemed that they worshipped the beautiful nature all around them and Pan, a pagan symbol of a man with wings and a tail, was a nature god who was worshipped before he was demonized by Christianity. Lots of stone symbols here too. My advice to you, “Everybody Must Get Stoned.”at the Stone Brewery. 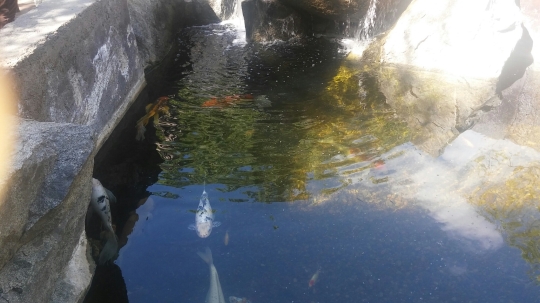 Koi Pond outside the restaurant 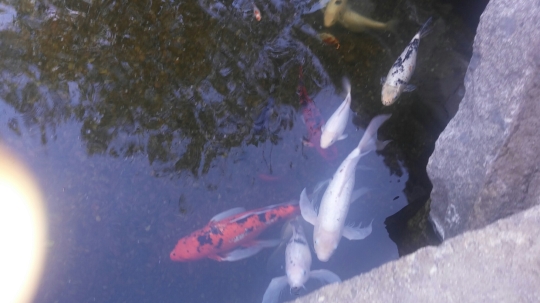 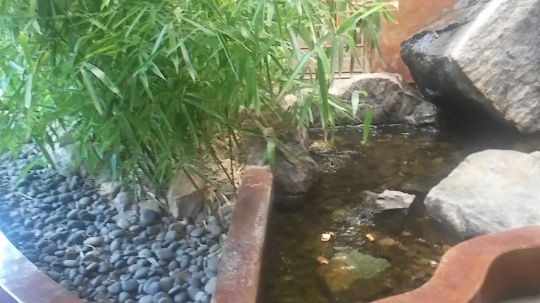 Fountain in the Restaurant 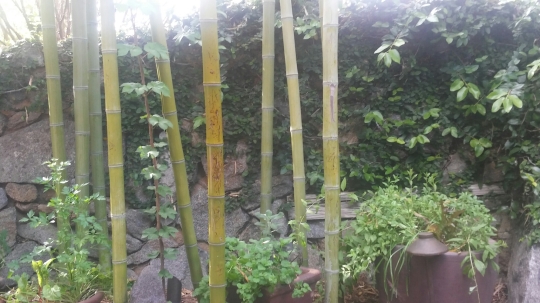 Bamboo Forest On the Nature Trail 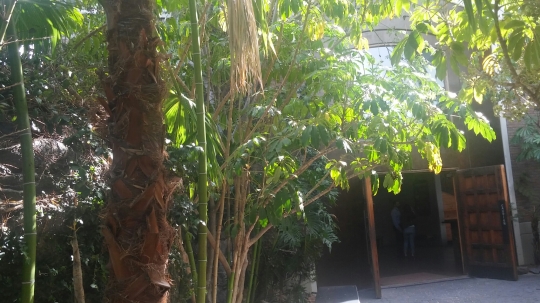 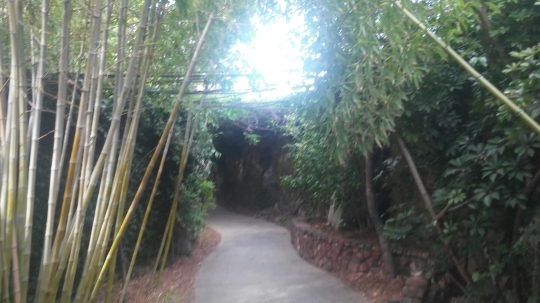 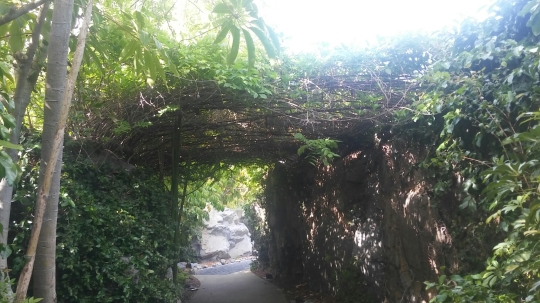 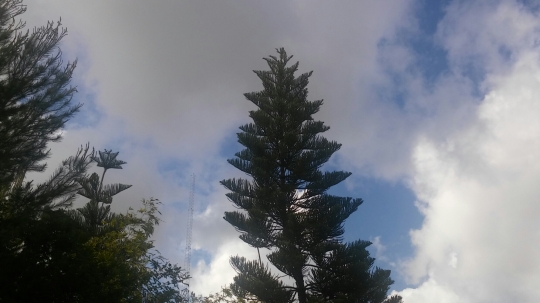 Trees Above The Parking Lot