Archive for the ‘Premiere Pro’ Category

Which acting couple will be the Next Zoom Superstars?

Before the US Covid-19 lock down, a couple chat on Tinder, who are physically very attracted to each other but when they actually meet, they really can’t stand each other. TINA, a Jewish Brazilian hottie flies to San Diego to attend a business conference and to meet BUZZ, the blonde not so religious Muslim surfer from Tinder. After they have a drunken one night stand, the President declares a nationwide lockdown so she and BUZZ must stay together until the quarantine is over.

Characters
TINA is a young late 20’s Jewish Brazilian hottie with a Portuguese accent who flies to meet BUZZ at a bar in his condo in San Diego.
BUZZ is a blonde somewhat religious liberal Muslim San Diego surfer.
A BARTENDER serves drinks to them at a local bar.

Note: Because of Covid 19, the male and female actors must already be living together.

San Diego Filmmakers is a 501(c)(3) non-profit corporation. We appreciate your support.

The winning couple will receive a recording of their performance for their acting resumes and if they are in San Diego, CA, a free lunch at Rubio’s Restaurant with the writer/producer or an Amazon Gift Card of an equivalent amount if they live out of town. For more info: please Email Jordan at dreamfeeder@yahoo.com.

Upcoming Real Estate Seminar On May 26

I was lucky enough to go to a few classy filmmaking parties last weekend. The first one ended San Diego Film Week.

This was the stage where music,comedy and the San Diego Film awards appeared. 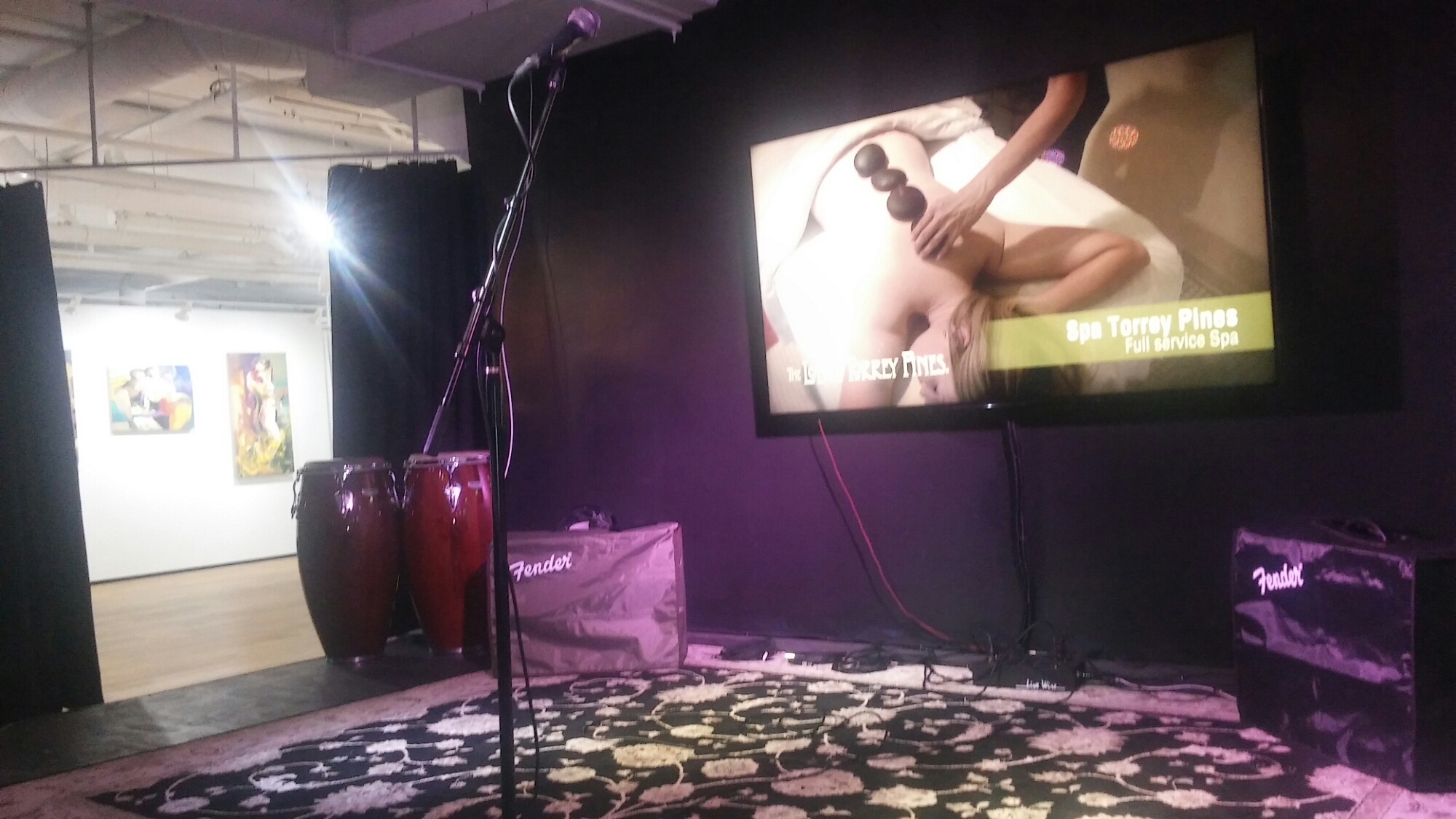 Here’s a few ladies enjoying their 2 free drinks at the blackjack table.

Lots of San Diego Film Awards were handed out. I didn’t see most of the films so I can’t really comment on them.

I did attend the San Diego 48hr Film festival and saw a few there.My favorite was called, “Sorry To Bother You.” I don’t think I’d want participate in that festival because you have to pay them to pressure yourself and your cast & crew to finish a film in 48 hours, and besides the little trophy and admiration of your peers, the financial return seems minimal for all your expenses.  True, low or no budget films must be done within a few weeks before participants lose interest. But 48 hrs seems crazy to me.

Festivals abound around the world, online and they are a great way these days to establish yourself as a filmmaker.Lots of trophies were handed out that night like faux Oscars, but I won’t bore you with them. Anyway, the price of admission included 2 free drinks and 2 tacos. Rice and beans were $6.00 extra. Ouch! I came up with my own drink called the Rummelon which is made of rum, watermelon juice and club soda or sprite. Yum!

Other than that, there was supposed to be a burlesque show but they thought children would attend so all we got were these “cigarette” girls handing out candy instead.

Here’s where you enter and walk the red carpet. 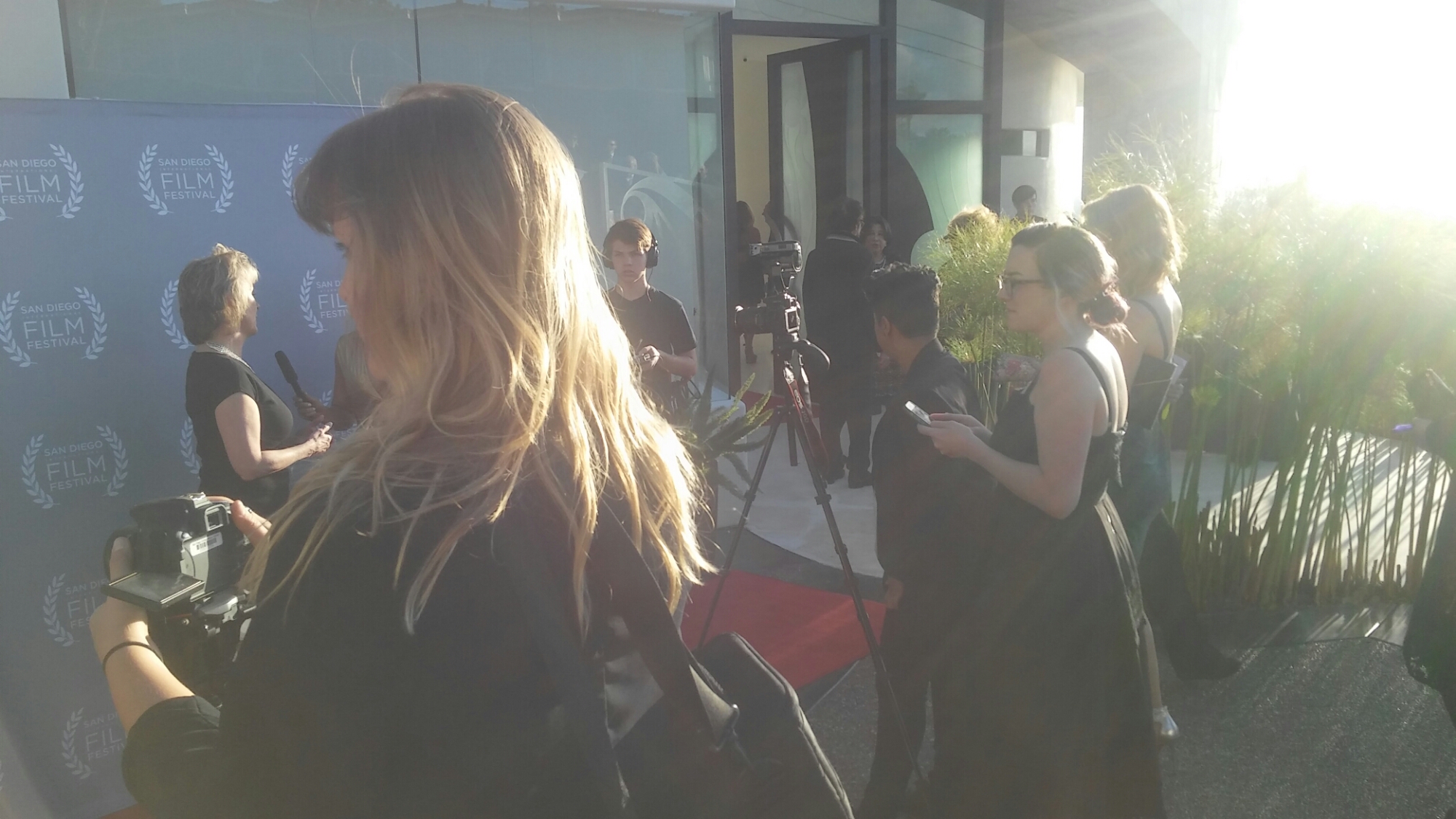 There was also a ballot to guess the Ocar winners with a fairly large cash prize.

Great views all the way to the pacific.

This is the pool. 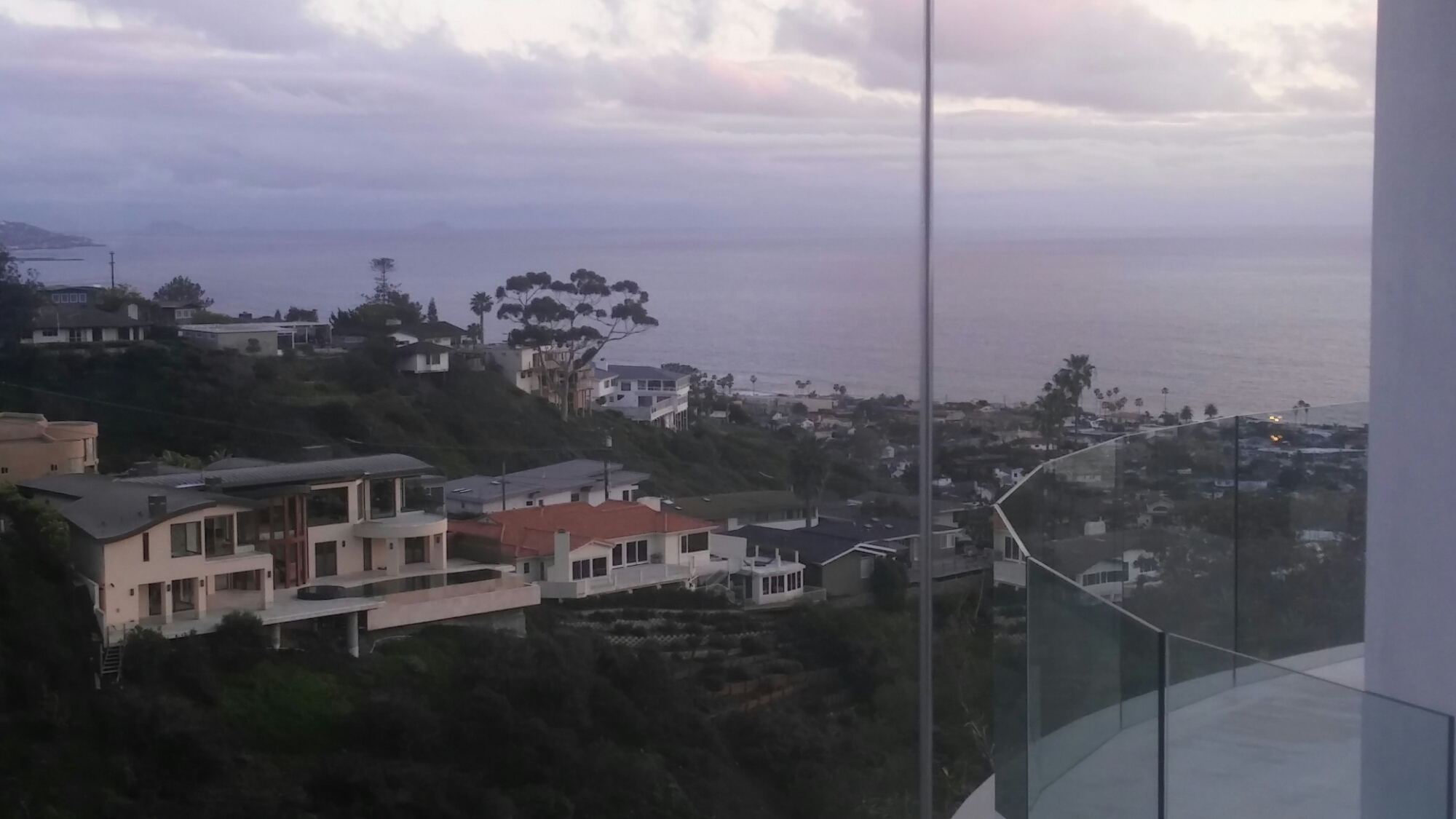 What a place to watch the Oscars, from your own infinity pool overlooking La Jolla Beach! 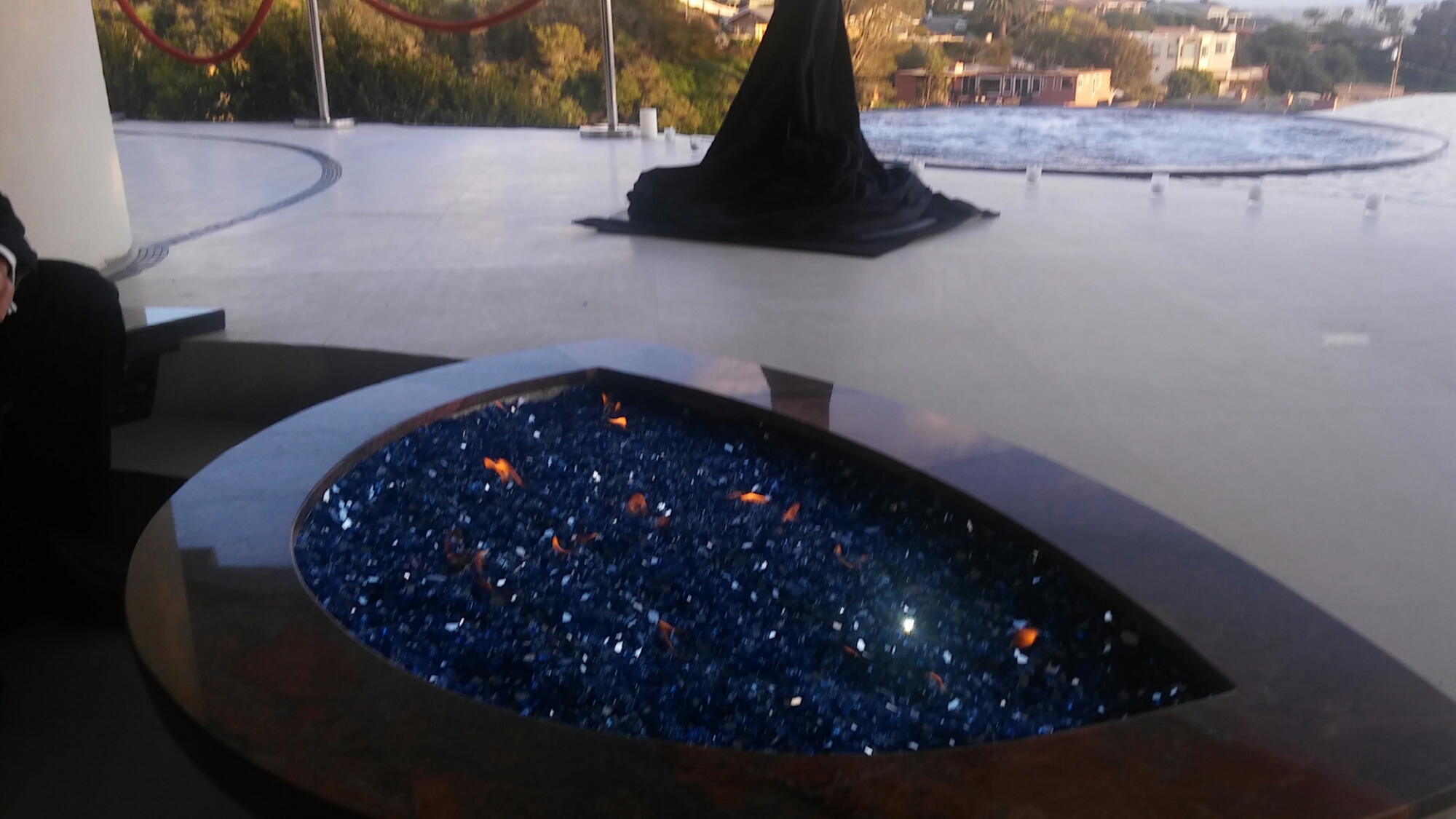 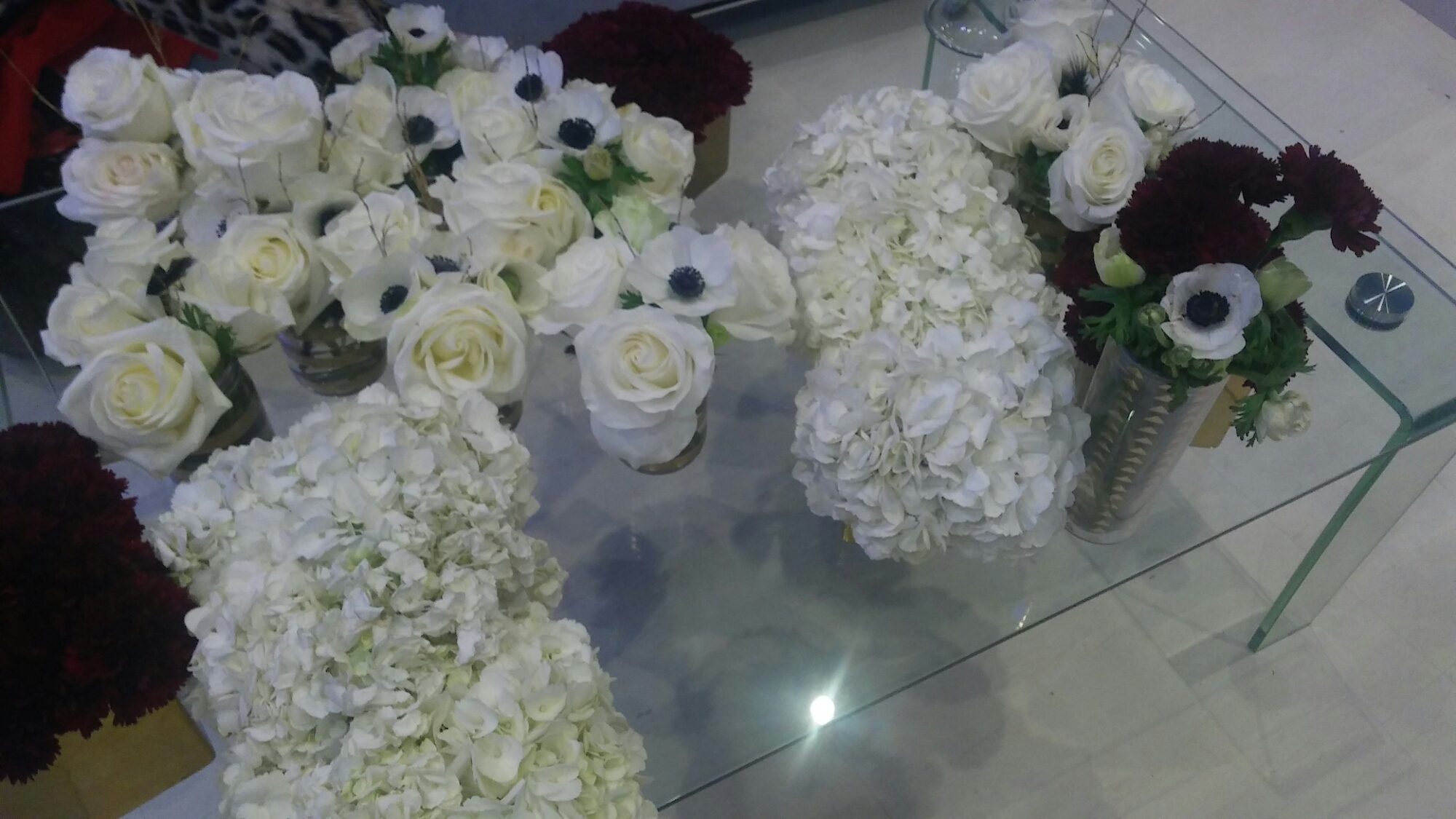 Some beautiful flowers from the party.

And the Oscar goes to…”La La Land,” no, no, I mean “Moonlight.” Well, we all know that story by now.

One thing about the Fringe Festival is that it can make old deteriorating buildings that are on “the fringe” of acceptability here in San Diego trendy with art. This sexy Burlesque dance troupe is quite an example.

I wrote and filmed this screenplay and since I know Adobe Premiere Pro, I can edit it too.

It’s really great to have an editing workstation on my big screen TV.  You
can see all the details in a shot so you can edit more precisely.

My thanks to all who worked on this trailer in progress including actor Paul Landrum, videographer, Dan Dorschel, actress, Tenesee and others. Special thanks to Computerbears.net for setting me up with this big screen Windows 10 workstation. 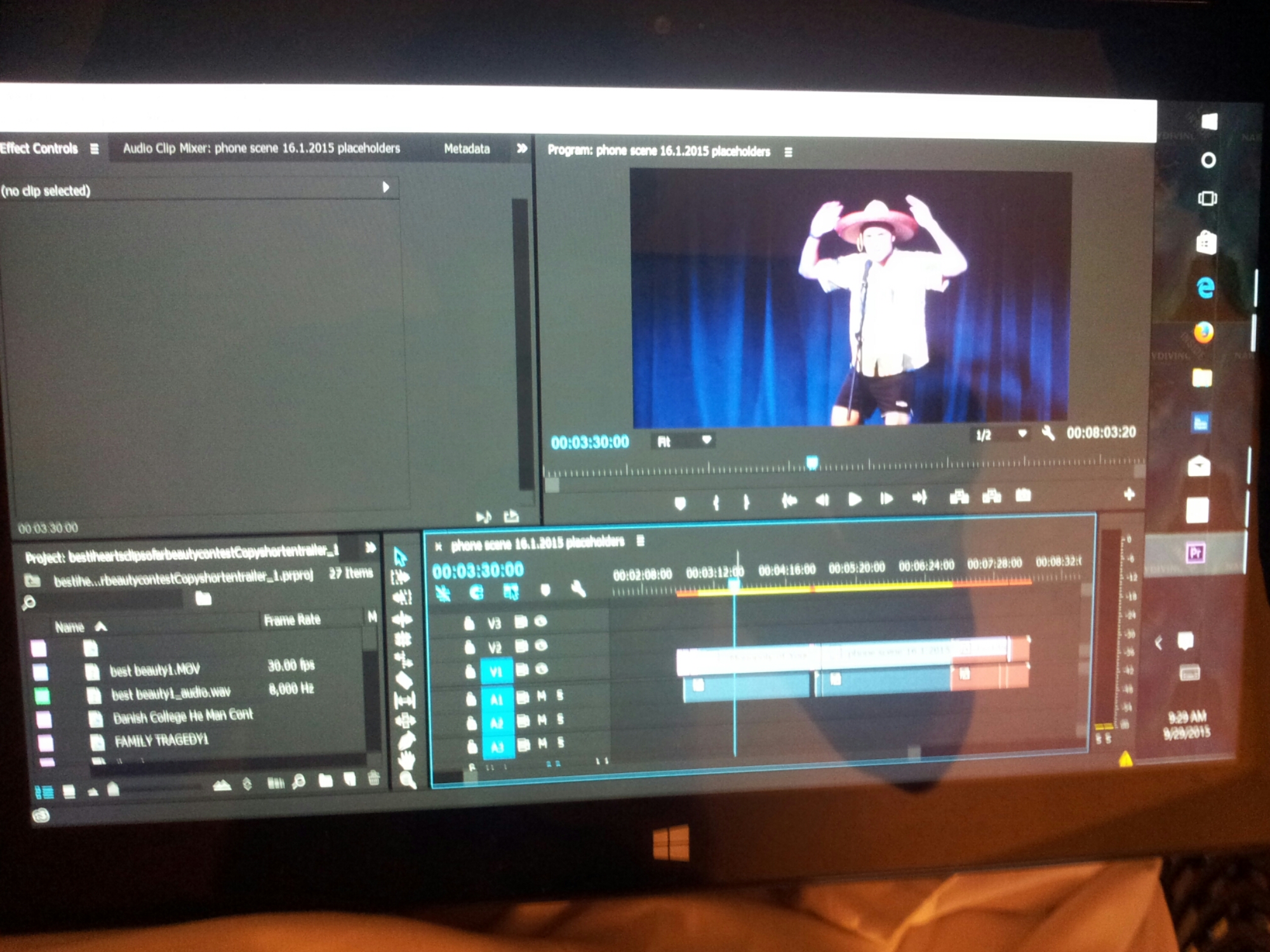 Have A Kinks Xmas!

Enjoy “Father Christmas” by the Kinks

Watch “Ebola | Parody of The Kinks’ “Lola” | ZDoggMD.com” on YouTube